In 2019, Better Barrow worked together with The Ropewalk in order to stage the ‘Harrison’s Garden’ exhibition which was previously touring National Trust properties.  The exhibition comprised 2,000+ clocks, working and non-working, arranged as if a garden.  The exhibition at The Ropewalk was staged in the Gallery next to the café and attracted many visitors and media attention.

After the exhibition, the clocks were given to Better Barrow by the artist, Luke Jerram and were auctioned by Golding Young, in Lincoln. The proceeds went towards the John Harrison Statue Fund. 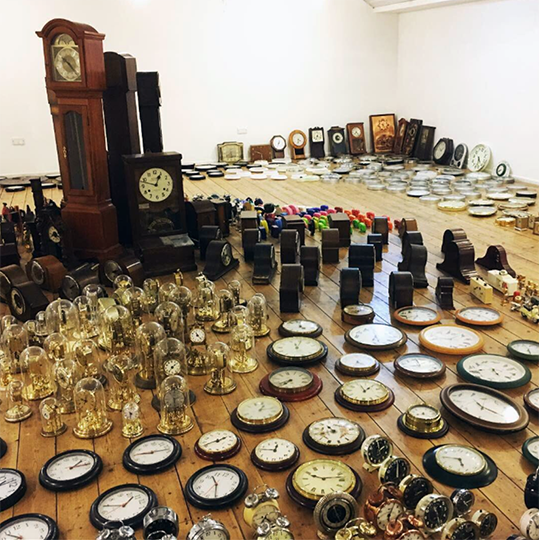 In 2016, Better Barrow embarked on its most demanding and prestigious project – a statue of John Harrison to be erected in the Market Place. After a lengthy selection process, three sculptors were short-listed and produced maquettes of their design. A selection panel convened at The Ropewalk to hear presentations from the sculptors.

The panel had a wide-ranging personnel, from the Lord Lieutenant to the Head Boy and Girl from John Harrison School. Marcus Cornish’s design was chosen and he began work in the spring of 2018.  In the meantime, the charity’s energies went into fund-raising, through grant applications, appeals (local, national and international) and events. Expressions of support came from far and wide, including the Astronomer Royal, Jeremy Irons and Dava Sobel – author of ‘Longitude’. By early 2020 the £60,000+ required had been raised.

Marcus worked on the figure for many months before it went to the foundry in Kent to be cast and finished. The Cumbrian sandstone plinth, shaped to represent the earths curvature, was shaped by stonemason Lily Marsh and the lettering carried out by George Edwards. Foundations were to support the weight of stone and statue were built and the statue was finally lifted into place on 3 March 2020. 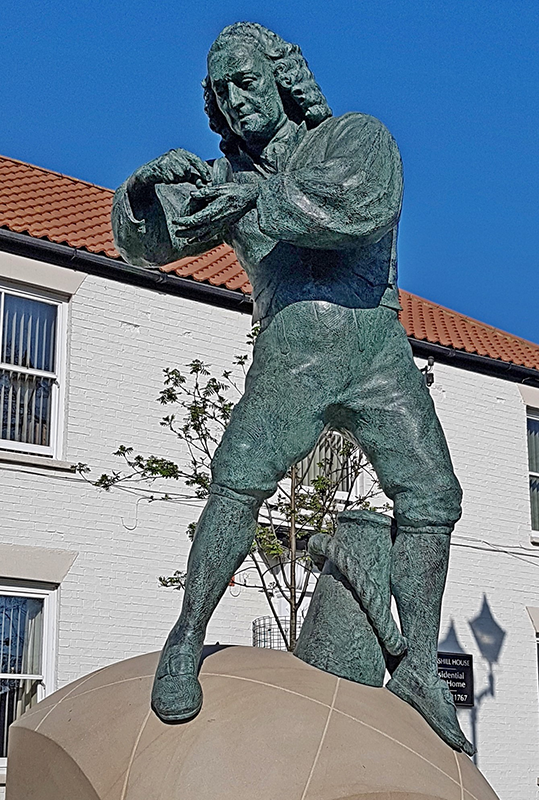 In recognition of the 300th anniversary of the Act of Longitude, the ‘Longitude Project’ was designed by Better Barrow Community Project in 2014.